The second appointment with the EMX250 European Championship was disputed in the Netherlands, at the track of Oss. The last time action went down in Oss was in 1998.

The Dutch track is an extremely challenging one, due to a very particular sandy type of ground, which increased the complexity of the race.

Nicholas Lapucci did an outstanding job in the qualifying. The rider took advantage of the very first minutes to set the fastest time of both groups, so he conquered the pole position. Federico Tuani got a satisfying result with the 13th best time of his group. Max Spies’ rhythm was also promising, but unfortunately the rider was disqualified from both sessions as he apparently jumped while yellow flags were being displayed.

Lapucci pulled away as fast as he could at the start of the first moto and rode his Fantic 250 XX to the head of the pack. His incredible race pace was perfect enough for him to conquer the victory. Tuani’s performance was particularly good too and despite a tough start he could reach the 13th place thanks to a solid pace.

Race2 was different from the previous one. Nicholas was not able to take the lead at the first corner and during the first lap also made a mistake, to avoid a rival who crashed; this cost him several positions. Despite the situation, Lapucci worked his way up and classified third. Mistakes were pricey also for Federico Tuani, who could not do any better than the 17th spot.

Today’s results were enough for Nicholas Lapucci to classify second overall and also useful to strengthen his position in the standings.

Next appointment with the EMX250 is scheduled at the beginning of August, in Lommel.

Marco Maddii stated: “We’re happy with today’s results because we could strengthen our position in the Championship standings. We knew that riding on sandy tracks could have been challenging, but actually Nicholas was flawless and triumphed in Race1, while he also had the right rhythm for the second moto. Federico’s performance was also good; too bad for Spies who was disqualified for an alleged jump while yellow flags were displayed. Next week we’ll be in Loket with Federico and Max for the European Championship. I think we can get good results there. On the other hand, Nicholas will remain in Belgium to train before Lommel”. 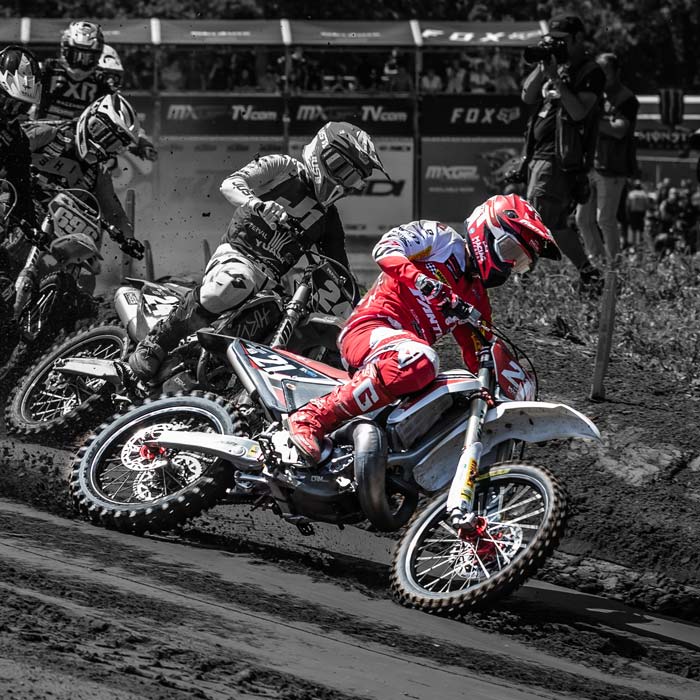