The young Frenchman gets the first win of his career and the red table as leader of the ranking. Third step of the podium for Cas Valk. Unlucky Lapucci in the MXGP

The GP of Trentino, second of the four races of the 2022 Motocross World Championship to be held in Italy, took place on Sunday April 10th on the Pietramurata circuit. Along with the MXGP, this weekend also saw the young riders of the European EMX125 Championship, Alexis Fueri and Cas Valk, leaders of the standings.

The riders of the Fantic Factory Team Maddii were immediately at ease on the new layout of the track, with Valk who scored the second best performance in his group and Fueri who obtained the best time in group 2, conquering the second and third overall performance.

At the start of the first race Fueri was very fast at the start, immediately taking the lead, while Valk, hampered by opponents at the start, was already in third position at the end of the first lap. Alexis, with an incredible pace, took a good lead that allowed him to win the heat, with Cas trying to catch his teammate, closing his race in second position.

In the second heat, Fueri got off to an excellent start and immediately took the lead and with an incredible pace took a good lead that allowed him to pass under the checkered flag alone. Bad luck instead for Valk who slipped at the start. The Dutchman, who started from the last position, staged a great recovery that saw him finish in eighth place.

Alexis Fueri, thanks to the two victories, takes home the first win of his career and the red table of leader, with Cas Valk third overall.

In the MXGP Nicholas Lapucci continued his apprenticeship with the Fantic XXF 450, getting a good 19th time in practice.

After a good start in the qualifying heat Nicholas was the victim of a bad fall that forced him to retire. Unfortunately the fall aggravated the problem with his shoulder injured during the winter and together with the team he decided not to take part in the two Sunday races.

A little break now for the Fantic Factory Team Maddii that will be back on track at the end of the month in Latvia, in Kegums for the third appointment with the 125 European Championship.

Marco Maddii commented the race: "We leave the GP of Trentino very happy, the boys of the 125 have been very good and have shown their value. I'm happy for Alexis who has a very nice story: he started from nothing and now he's bringing home great satisfactions, while I'm sorry for Cas who collected less than he deserved, but we are still first and second in the championship. In MXGP it's a pity for Nicholas, now he will have to stay out for a long period but we are confident."

Alexis Fueri: "Incredible weekend, since practice I managed to be fast and I managed to win both races and this is fantastic. The championship is still long and it won't be easy, but I will try to improve again to keep myself in this position." 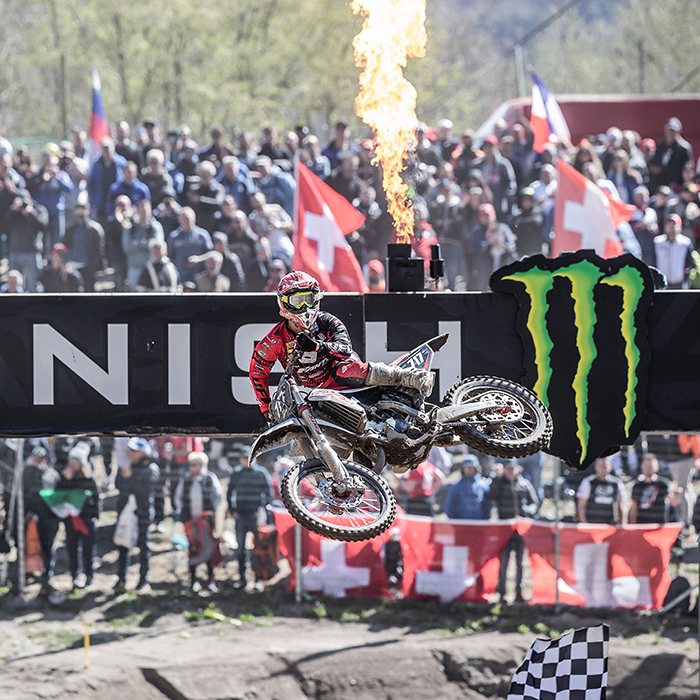