Excellent performance for the two young riders of the Fantic Factory Maddii Racing Team in the EMX250 European Championship, with Tondel second overall and Osterhagen third

The first round of the European Championship EMX250 was disputed in Mantova and is the first of three races scheduled to take place in Italy. Osterhagen was enrolled in the EMX250 after the great 2021 racing season and was joined by new team member, Cornelius Tondel, both with the Fantic XX 250.

In the qualifying, Cornelius Tondel set the fastest time of his group and took the pole position. Hakon qualified with a solid sixth time.

Cornelius faced a tough start in the first moto and consequently lost several positions. The rider was looking forward to making up ground but was affected by a crash, so he could not do any better than the seventh spot. Hakon faced his first challenge with a 250cc machinery being wise and calm at first. Later, the challenger increased his rhythm little by little and finished with a solid fourth spot.

Tondel’s performance was phenomenal in Race2. The rider took the lead in the second lap and won the race courtesy of an unbeatable race pace.

Osterhagen pulled away at the start and took the hole shot, but unfortunately a little mistake in the first laps cost him the leadership. The rider eventually classified third after being perfect in the remaining part of the heat.

Tondel conquered the second spot in the Championship standings and Hakon took the third one thanks to the excellent results collected this weekend by both riders.

Nicholas Lapucci made his debut in the Top Class. The young Tuscan rider has not fully recovered yet, so he could not show his full potential.

Nicholas did his best in both heats and pushed hard to reach solid results. Unfortunately, the rider has not fully recovered and his shape is not the best yet, furthermore he could not do an ongoing training during the winter season so that he finished with no points.

Marco Maddii: “We’re so very happy with the podium the guys conquered in the EMX. Too bad for the mistake Cornelius made in the first moto and that affected his overall result, anyway we’re close in the standings also thanks to Elzinga’s result. I’m also very proud of Hakon’s performance in his first EMX250 race. He showed his great progress and an excellent race pace; we’ll keep working but we’re very content. I believe Nicholas did his best according to his current situation, bike and physical condition. He was close to grabbing some points, but we’ll keep the work up to improve”. 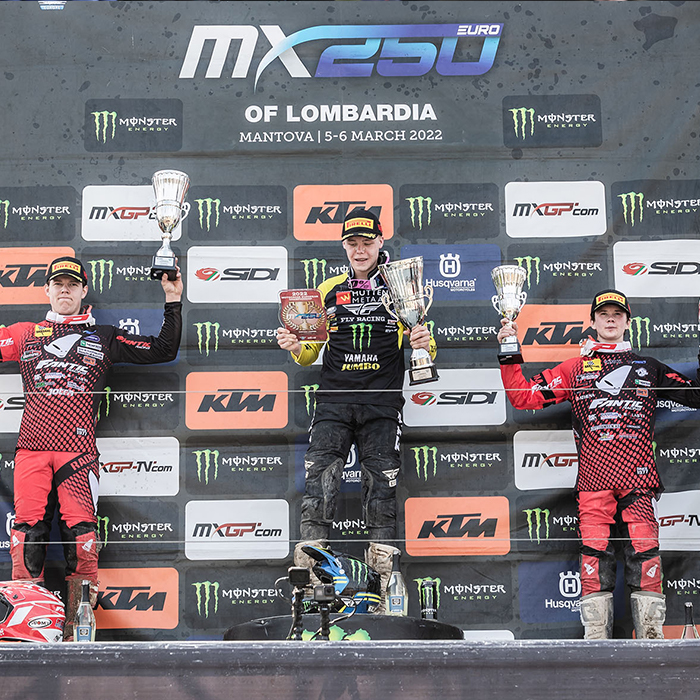 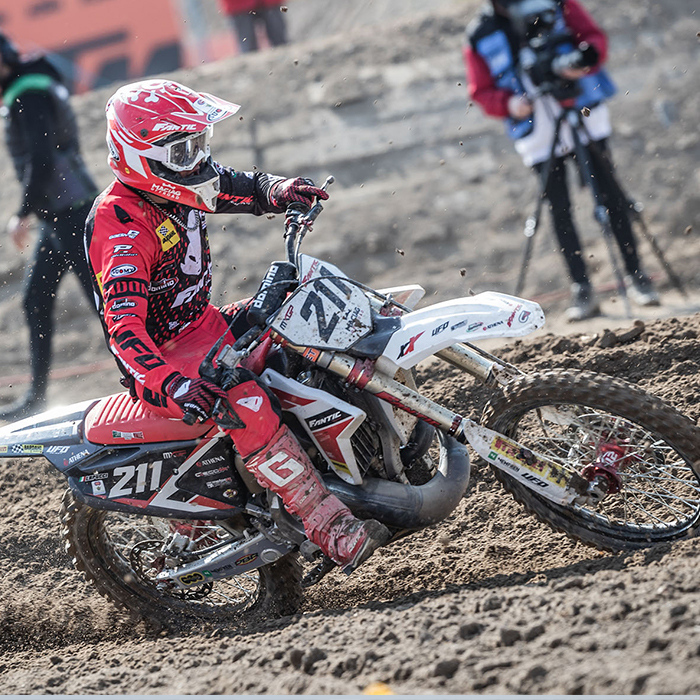 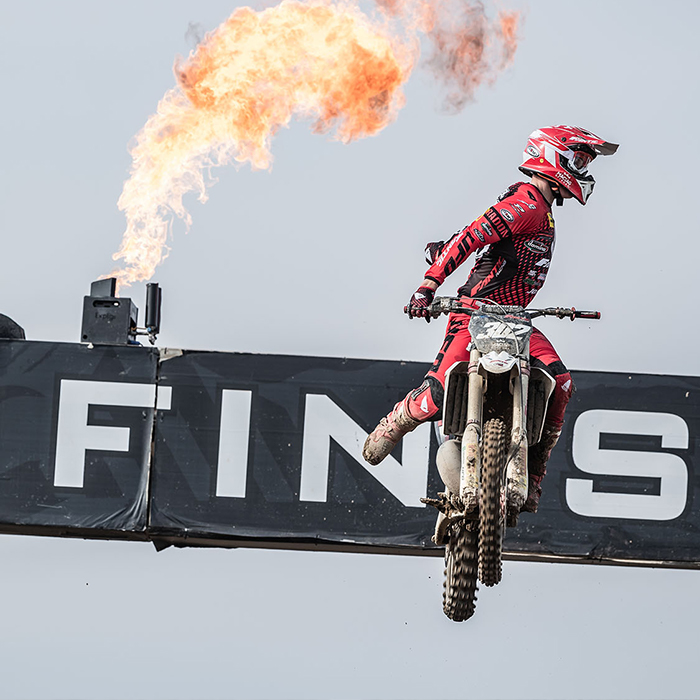 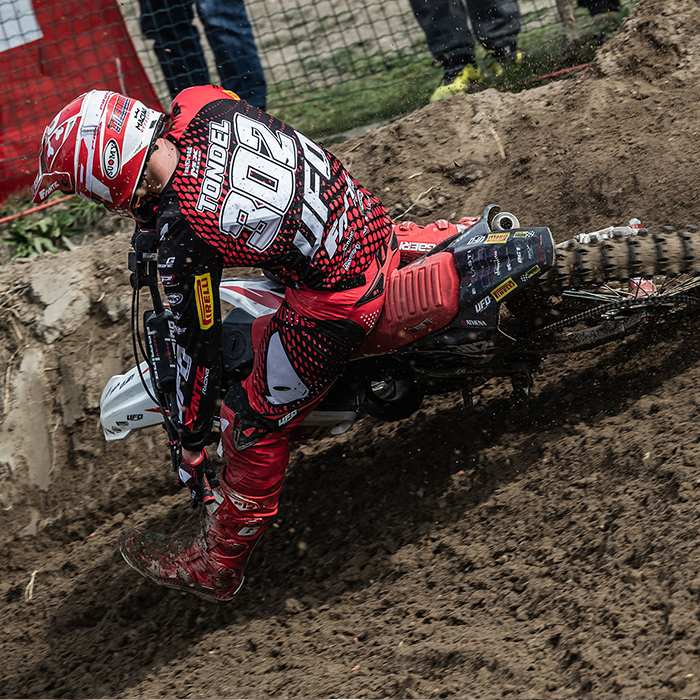 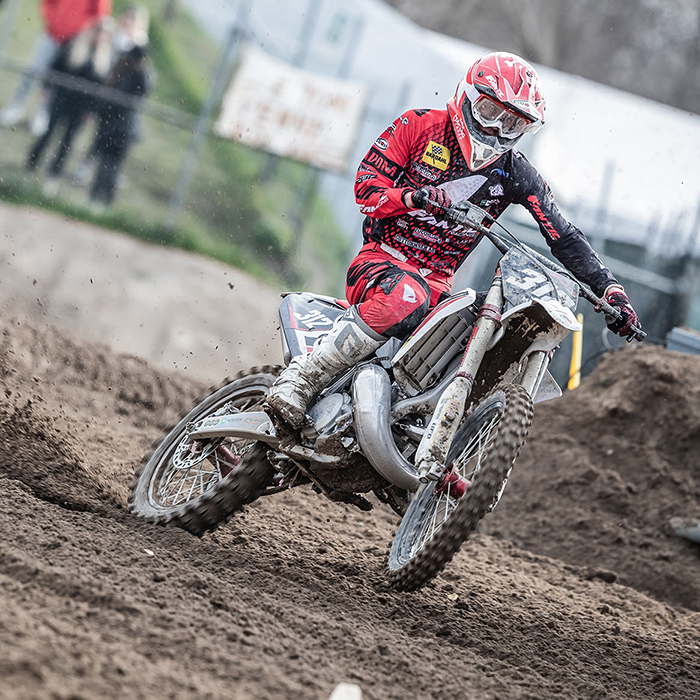 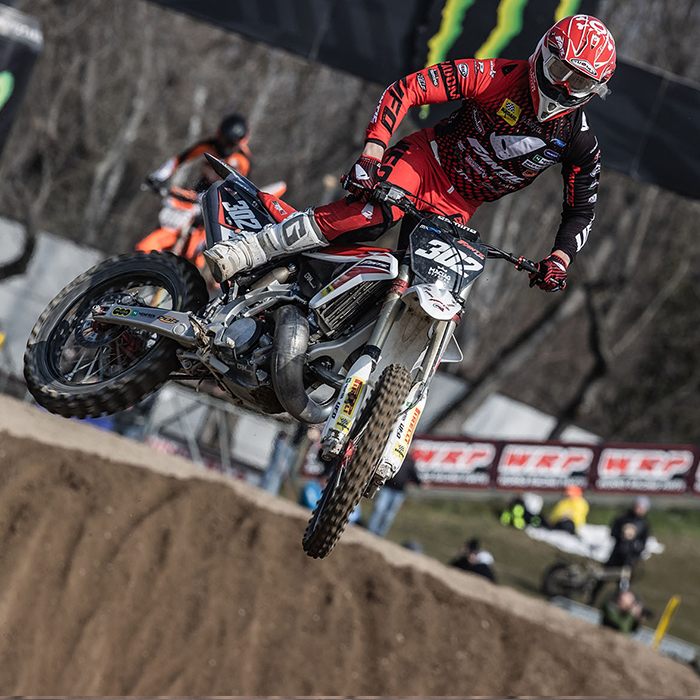 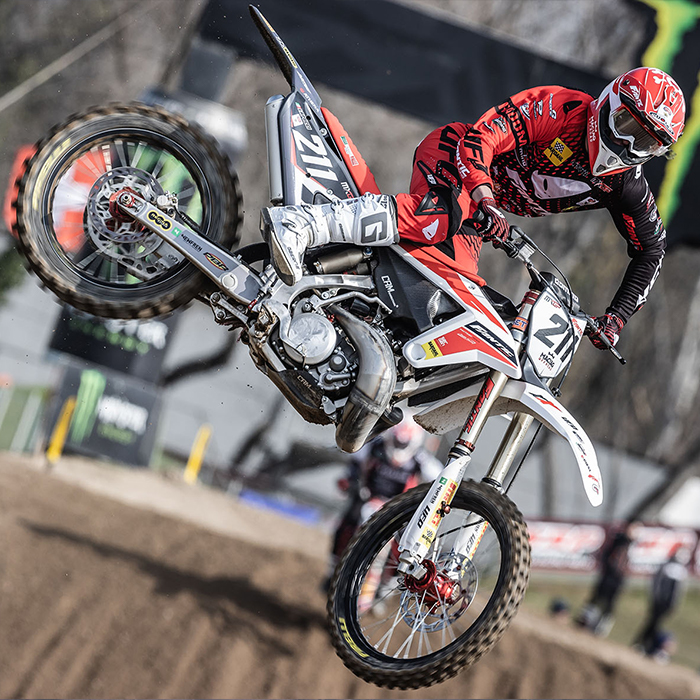