In the EMX125 class new win for Cas Valk who stretches in the standings, podium for Alexis Fueri. In the EMX250 second place for Cornelius Tondel

Triple commitment for Fantic Factory Team Maddii on the legendary Erneé track in northern France: all Marco Maddii's riders raced in the two classes of the European Championship, 125 and 250, and in the MXGP.

On the hard bottom Cas Valk got the best time of his group and Alexis Fueri finished with the second best time.

A few minutes before the start of the first heat of the 125 class a heavy thunderstorm hit the French track making it borderline impassable. Cas and Alexis were outstanding and did nothing wrong: after a shrewd start they managed to get into a rhythm and the right trajectories so as not to run into mistakes, Valk after a few laps took the lead, followed by his teammate. Fueri took the lead with a few laps to go but with two laps to go he had to give way to Valk due to a small uncertainty. Cas Valk took home the win while Fueri finished with second place.

The 125 riders were the first on the track Sunday morning with the track not yet in perfect condition. Cas and Alexis started off trying not to make mistakes and at the first corner they passed in 3rd and 4th position. Valk with profitable driving managed to recover to the 2nd final position. Fueri did not find the right pace to follow his teammate and finished in 4th place.

Thanks to the two results Cas Valk won the French GP and moved up in the standings, while Fueri gained the third step of the podium.

Great performance by Cornelius Tondel in the 250 who took pole position; Hakon Osterhagen did not find the right feeling with the Erneé track and settled for 12th place.

Good start by Cornelius Tondel who transited second at the first corner: the rider studied his opponent for three laps and then attacked him and took the lead, taking a wide margin. Tondel seemed to be able to manage his lead with ease, but a few laps from the end he is pèrotagonist of a bad crash. He managed to restart in first position but after a few corners he slipped again and lost many positions, finishing ninth. Osterhagen in the first laps of the race is protagonist of a fall that forced him to finish in the rear.

Hakon Osterhagen with a great start in race 2 takes the first position, with Tondel behind him. On lap 2 Cornelius took the lead and, with a perfect run, took home the victory. Osterhagen finishes in fourth place.

Tondel takes second place in the day's standings, and loses the championship lead by only one point.

Nicholas Lapucci adapted well to the characteristics of the French track, setting excellent times since morning practice: in qualifying he set the 19th best time, just one second from the top ten.

A few minutes before the start of the qualifying heat some drivers decided not to take the start due to the non-optimal track conditions.

Nicholas Lapucci lined up behind the gate and had a great start, hitting the hole shot. Nicholas for much of the race held his own with the 450 against much more experienced riders than him taking home an excellent sixth place.

At the start of race 1 Lapucci started very strong but at the first corner he was touched by an opponent who forced him to go long at the braking, losing many positions. Nicholas with a good race managed to recover up to 20th position.

Race 2 saw once again a great start by Lapucci that brought him immediately behind the best of the MXGP. The rider tried to keep up but, still not being in top form, he finished in 16th place, showing very good speed.

Just a few days off and the Fantic Factory Team Maddii will move to Germany for the next GP.

Marco Maddii comments on the race this way: "All in all a positive weekend, very good with the 125 guys who finished first and third. Cas stretched in the championship, Alexis lost the second position but for only two points. In the 250 first heat unlucky but we made up for it in race 2 by getting on the podium we are still fighting for the first position in the championship. Good performance for Nicholas very good at the start he took points that make morale, he is improving and this is important. Now before the Germany race we go to Belgium for a few days of training.

Cas Valk comments like this: "I am happy even if it was in difficult weekend, very good the first heat in the second one I was not able to start very well, very happy for the win I have to thank all the team for the great work done." 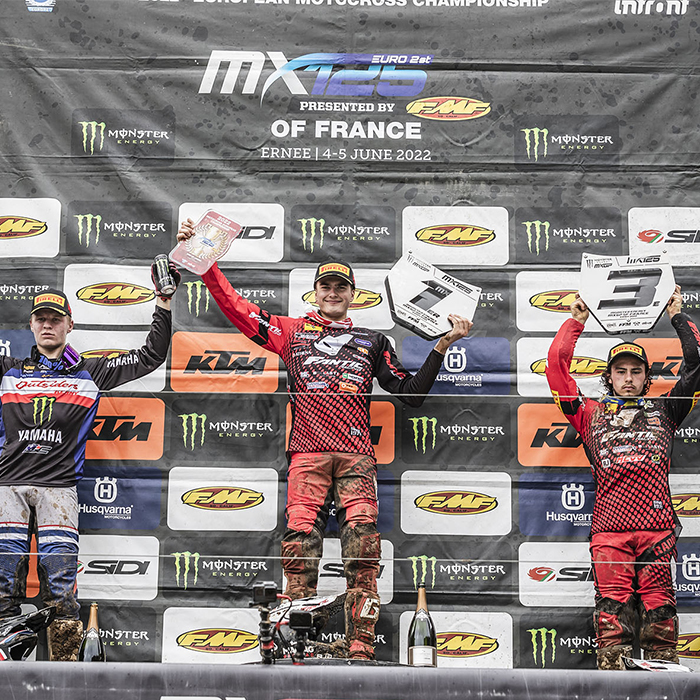 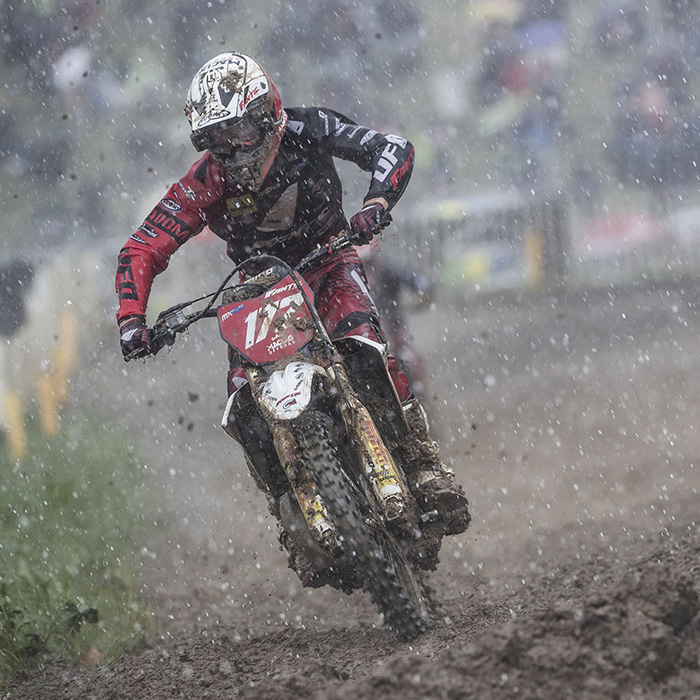 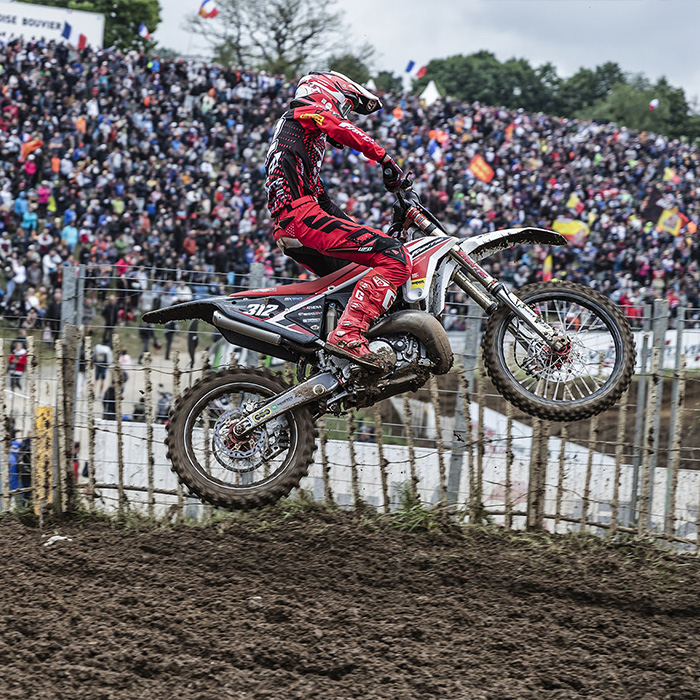 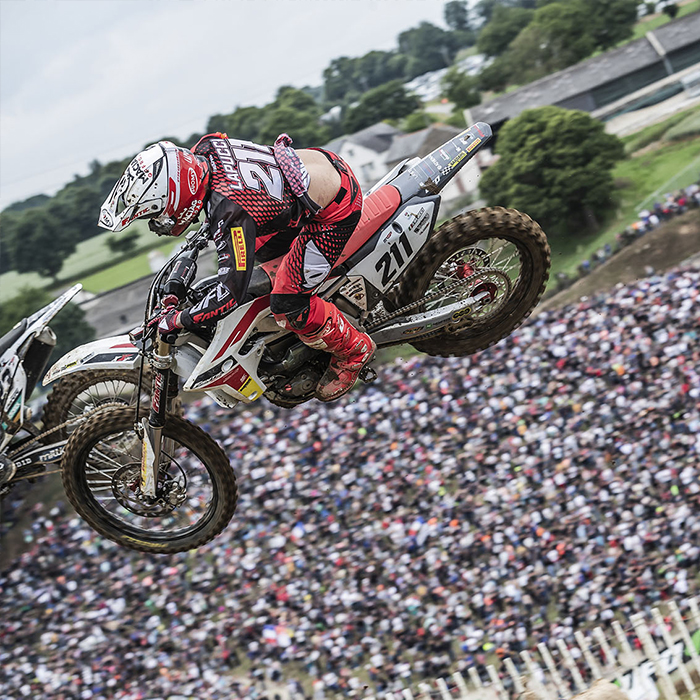