Maniago, a small town in the province of Pordenone, hosted the eighth and ninth rounds of the top Italian championship and the Fantic riders were the undisputed protagonists. After the 125 title conquered in Castelli Calepio by Davide Guarneri, E/50 Racing Fantic Factory Team, this week-end it was the turn of the Youth and Riccardo Fabbris of Fantic JET Racing won the title after a daring race. At the end of the race the final Youth podium was coloured only with Fantic colours.

In the 125 class the former motocross rider Davide Guarneri excelled once again. The rider of the E/50 Racing Fantic Factory Team won both days of competition in the 125 class also recording the best overall times. Excellent performance also for Giuliano Mancuso of the Fantic Darpa Racing Team who finished in second position in the double appointment of Maniago and also in the final classification.

An incredible week-end full of twists and turns in the Youth class. Riccardo Fabbris of Fantic JET Racing arrived in Maniago as leader of the class, but after the first day of competition he gave up the leadership to Daniele Del Bono of E/50 Racing Fantic Factory Team.  The future of the two riders at that point is in the hands of Day2 which will decide the winner of the Youth class.  Daniele Del Bono started off strong on Sunday, but during the race he made some mistakes that ousted him from the title race in favour of Riccardo Fabris, who instead led a constant race, setting excellent times in the last three special tests that earned him the title of Youth class champion.

Filed the Italian Enduro Championships, in October will run the last two rounds of the world enduro in Portugal and the grand finale in France the following week-end.

DAVIDE GUARNERI: "After winning the 125 title I came to Maniago with the idea of preparing myself as well as possible for the last rounds of the world championship".

RICCARDO FABRIS: "A victory that is the result of tenacity and strength of will. The last lap was truly incredible, as were the times in the last three special tests".

DANIELE DELBONO: "I am disappointed with the result, I wanted to give the team its second title of the season".

KEVIN CRISTINO: “A good performance even if I made a few too many mistakes”. 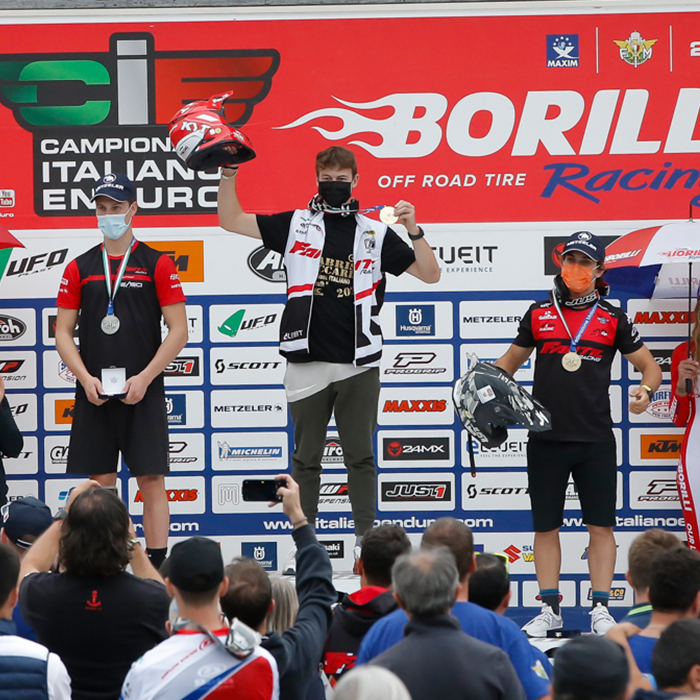 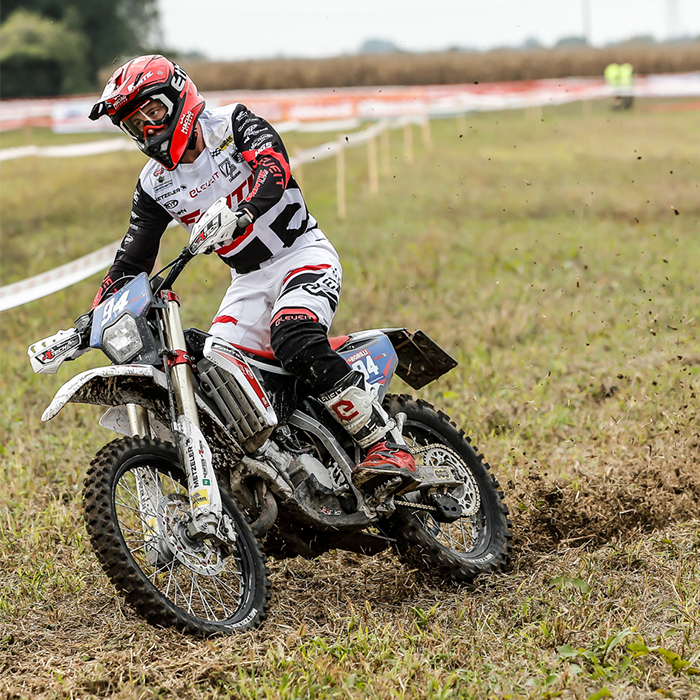